Hashtag of the day:

Encantadia: The Pilot is the first episode of Encantadia, a modern requel to the original 2005 telefantasya of the same name. The story premiered on July 18, 2016 and is divided into four chapters. The hashtag for this day is #Encantadia.

The story, narrated by Imaw, begins with Amihan landing in the island of Cassiopea, confronting the soldiers who were looking for Cassiopea. As Amihan battles with the soldiers, Adhara (who Amihan called a treacherous Diwata), appears and captures Amihan, who she will use to fight Mine-a. After Adhara left, Cassiopea arrives and fought Adhara's soldiers, worried that havoc is going on at Encantadia.

Meanwhile at the throne room of Lireo, Mine-a was informed by Aquil that she has a visitor; her Sister Amihan, who Mine-a hasn't seen for a long time. Mine-a was delighted to see her but was cut short when Adhara reveals herself using Amihan as a disguise.

Mine-a fought Adhara, successfully stabbing her in the chest only to reveal that it was Amihan all along and that Adhara swapped herself with Amihan. Enraged, Mine-a took Adhara's life using the Brilyante ng Hangin as punishment, while at the same time grieves at the death of her sister, who she inadvertently killed.

Title translation: Chapter 2: The Greediness of the Fourth Kingdom

Unbeknownst to Cassiopea, the Hathorians are dazzled to even more power, proving it by attacking Adamya, to the surprise of the Adamyans and their leader, Imaw. Arvak demanded Imaw to hand over the Brilyante ng Tubig or he will kill his fellow Adamyans. Imaw willfully gave the brilyante to him but told him that even though they have two brilyantes they will be hated by the entire races of Encantadia. Arvak got angered by what Imaw said and stabbed him.

As the Hathorians celebrate for possessing the Water Gem, Imaw and the surviving Adamyans sought refuge in Lireo. Mine-a nursed Imaw to health, welcoming him and the Adamyans to Lireo.

Cassiopea charged into Hathoria, angry about the Hathorians attacking Adamya for stealing Brilyante ng Tubig. Arvak used the powers of the two brilyantes against Cassiopea and was unable to fight back, so she cursed the entire kingdom of Hathoria explicitly stating that a time will come that a powerful warrior would be the cause of their kingdom's downfall, who will be born the same time as Arvak is killed.

Raqium happily received the message from Muros that Mine-a is carrying their child. However, Sang'gre Pirena, who rejoiced upon knowing from Imaw that she will have a baby sister, started to get worried when her Dama, Gurna, told her that her baby sister will not only be her rival to the throne but also her Mother's love.

Meanwhile, Arvak, bothered by Cassiopea's curse became impatient and decided to steal the two remaining brilyantes, the Brilyante ng Lupa in the care of King Armeo and the Brilyante ng Hangin in the care of Queen Mine-a. Aquil delivers the bad news to Mine-a and Raquim that the Hathorians are preparing for battle against Sapiro. Mine-a allows Aquil and his Army to join forces with the Kingdom of Sapiro in their battle against Hathoria.

Title translation: Chapter 4: The War of Sapiro and Hathoria

As Sapiro prepares for battle, Armeo promised his wife and son Ybrahim, that he will return. Meanwhile, Mine-a prays to Emre for the safety of Lireo and all the Encantadia from Hathoria. Mine-a then received a mark on her hand indicating that the child she is bearing (who will fulfill Cassiopea's prophecy) will soon be born. Armeo thanked Aquil and the Kingdom of Lireo for joining forces with them. The episode concludes with the battle between Sapiro and Hathoria. 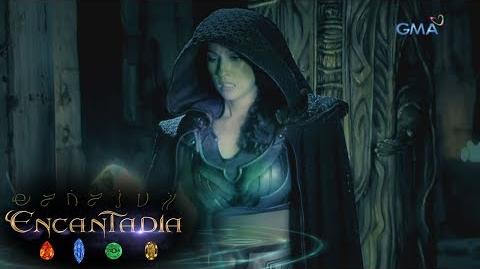 Encantadia 2016 Full Episode 1
Add a photo to this gallery

Short Clips from the Episode 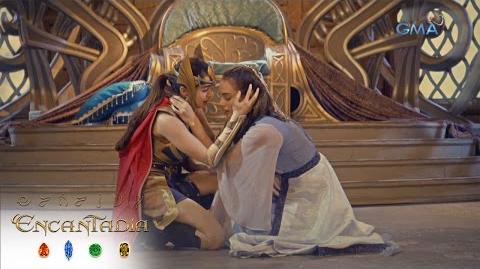 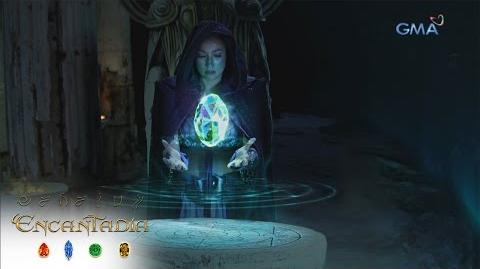 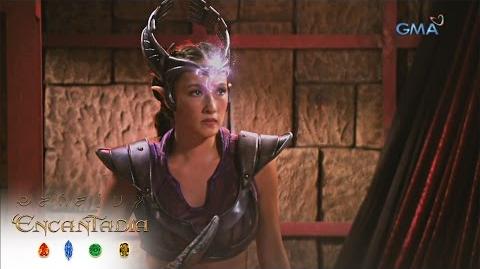 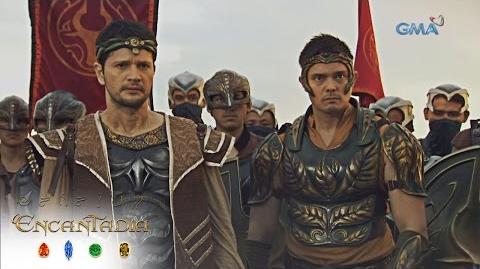 Encantadia- The war between Sapiro and Hathoria
Add a photo to this gallery
Retrieved from "https://encantadia.fandom.com/wiki/Encantadia:_The_Pilot?oldid=41537"
Community content is available under CC-BY-SA unless otherwise noted.