Mulawin vs. Ravena is a Filipino fantasy television series by GMA Network. It is a sequel to the movie sequel of the groundbreaking Mulawin telefantasya in 2004 and continues the timeline of Encantadia. It previously starred Richard Gutierrez as Aguiluz, Alwina by Angel Locsin, Dennis Trillo as Gabriel, Aviona by Bianca King, Ara Mina as Vultra/Violeta/Veronica, and Savanna by Karen delos Reyes. It started to air on May 22, 2017.

Mulawin vs Ravena opens possibilities of a crossover wherein, Encantadia characters will appear in the show just like in Mulawin (2004) wherein Ynang Reyna Mine-a and Muyak appeared and the Sang'gres, Ybarro, and other notable Encantadia characters (such as Banak, Nakba, Awoo, and Imaw) appeared in Mulawin the Movie. Its universe is however tied with Encantadia (2005-2006 Series) and not Encantadia (2016), although, the possibility that it is somehow tied to the 2016 series instead increased when the series started airing, as Lireo (2016)'s sigil was seen during a council meeting in Avila.

Despite the fact, Encantadiks still theorized casts from the 2005 series such as Diana Zubiri - Danaya (2005) or Sunshine Dizon - Pirena (2005) could appear, expectations of them wearing their iconic costumes once again which could give nostalgia to the fans had surfaced to the fans who had been Encantadiks since 2005. As expected, like in Mulawin (2004) the crossover did happen but it appeared that Mulawin vs Ravena opted to follow the current timeline of Encantadia (2016) wherein the current queen of Lireo is Alena, something that never happened in the Original series.

It was announced 17 July 2017 on both 24 Oras and the social media accounts of Encantadia, Mulawin vs Ravena and GMA that Pirena and Lira will appear in Mulawin vs Ravena and the casting is from the 2016 series since Sunshine Dizon (Pirena 2005) is busy with Ika-6 Na Utos and Jennylyn Mercado (Lira 2005) is busy with My Love From The Star respectively so they opted with the 2016 series instead and created an incursion-like storyline for the two characters. The two characters had their debut appearance on July 27, 2017 on the 49th episode of the series.

As Sir Noel had stated, Mulawin Vs. Ravena was meant to be connected with Encantadia (2005) however the decision of the management is meant to be followed even at the risk of bringing confusion to the viewers. Such as in Encantadia (2016) wherein, Sunshine Dizon's character Adhara, had to be killed off in the story because she is to portray the lead role of Emma in Ika-6 na Utos. 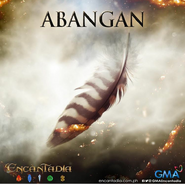 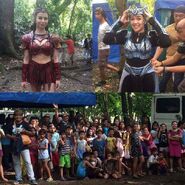 Taping of Lira and Pirena.

Pirena fights a burona summoned by Daragit using the powers of Balasik, a magical bird in the Garden of Ed-hen.

Pirena and Lira about to teleport to the Mundo ng mga Tao.

Pirena and Lira arriving at the Mundo ng mga Tao.

Lira brings out a Mulawin Flute. 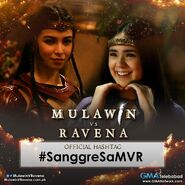 Balaak as it appeared in MVR.

Hathoria as it appeared in MVR; with Pirena still as its current queen.

Lireo as it appeared during Hara Alena's reign in MVR. 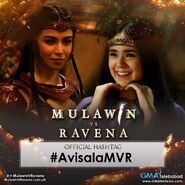 Lumad marries a human and becomes mortal. They had three offspring who establish a tribe of nature-loving but fiery men who have considered forests and surroundings of Mt. Apo their home. This tribe would eventually splinter into many other tribes of indigenous people, and collectively, they would be called Lumads, in memory of their common ancestor.

Magindara chooses not to marry or fall in love with a mortal upon the strict advice of her mother Sandawa. Marrying a mortal would mean embracing mortality, and Sandawa does not want her daughter Magindara, her only remaining companion, to follow the footsteps of Dakila and Lumad. Magindara, like her mother, has remained immortal as a mermaid, guarding the waters of Lake Venado.

Dakila also becomes mortal. He later establishes a kingdom for his kind, which he named Avila, it is located at the very top of Mt. Apo. They have called themselves Mulawin. Though humans have caused the destruction of the forests, forcing Avians out of their own habitat, Dakila and most of the Mulawins have maintained their benevolence towards humans. This does not sit well with a faction of Mulawins headed by Ravenum. They decide to breakaway and attack the townsfolk of Tierra Fuego and the rest of the world in revenge, however, Ravenum dies and his son Rasmus forms their own tribe called Ravena in remembrance of his father and established a kingdom called Halconia in the volcanic mines located inside a sleeping volcano found in a hidden valley.

Since then, Mulawins and Ravenas have been at war, fighting each other over humans. (Lakan told this in his appearance in Encantadia, that they own the third entrance to the portal from humans to Encantadia that's why they maintained close relationship with humans.) Both Mulawin and Ravena have had histories of love affairs with human beings which resulted to producing half-blood offsprings (or so called Tabon in the Mulawin Lore) like: half-human, half-Mulawin Alwina and half-human, half-Ravena Gabriel. This dilution of their race has made Mulawins and Ravenas mortal like humans. And it is the desire for immortality that sets the stage for the new chapter of the Mulawin-Ravena saga; feuding realms for a fortunate fate.

This show was first announced during GMA Network's New Year Countdown, with the official title as Mulawin VS Ravena as part of the network's line-up for 2017. Principal photography and filming are yet to be announced.

On November 2016, Popoy Caritativo, manager of actor Dennis Trillo posted an Instagram photo regarding his meeting with GMA Network executives including Cheryl Ching-Sy, AVP for Drama regarding the sequel of the hit 2004 series, Mulawin. Trillo was also present in the said meeting which was later revealed to topbill the upcoming series, in a yet to be determined role.

On December 2016, Alden Richards and Miguel Tanfelix who both appeared in the 2016 version of Encantadia as Lakan and Pagaspas respectively were also announced to be part of the show.

On January 16, 2017, most of the cast were announced by GMA Executive, Helen Sese which includes the Asia's songbird, Regine Velasquez.

On 17 March 2017, the official Mulawin VS Ravena Twitter Account announced that the shoot for the series has started. 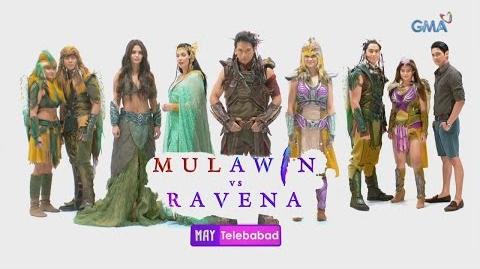 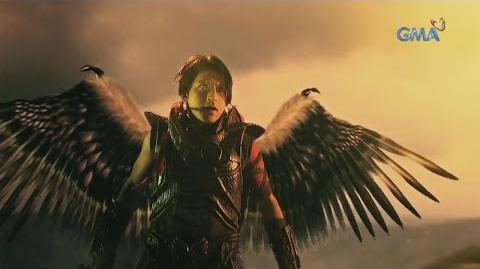 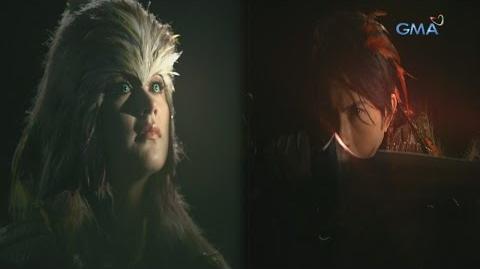 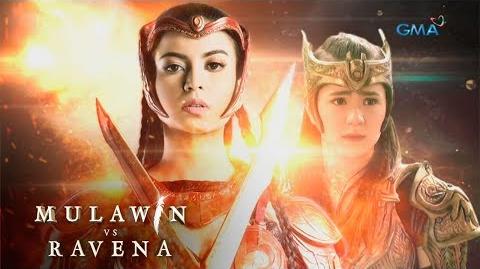 Mulawin VS Ravena Teaser Avisala, Sang'gre Pirena at Lira
Add a photo to this gallery 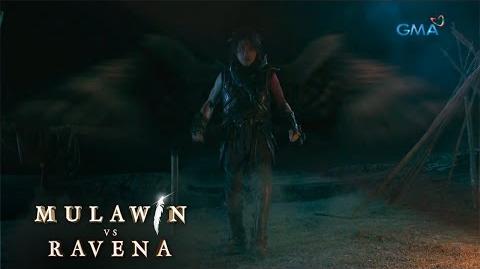 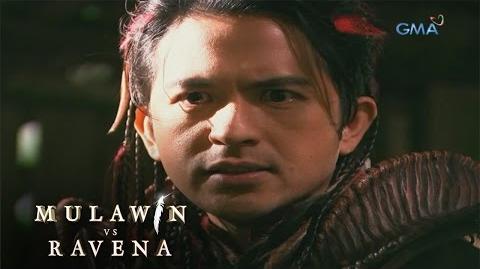 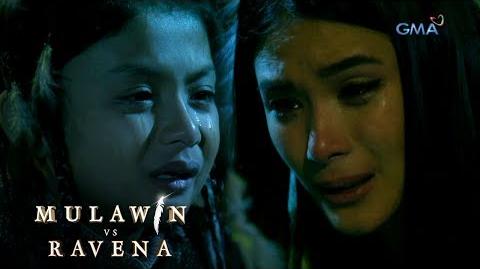