Muros is a fictional character from the Philippine telefantasya Encantadia. He's second in command to Aquil in the Lirean army.

Muros is one of the most Loyal soldiers of Lireo. He was shown to deeply care for everyone in the kingdom, and living up to the standards of a real Lirean soldier. He is kind, caring and approachable. Like any other general, he is also brave and vigilant, doing whatever he can to face enemies, even not holding back to the likes of Hagorn, the War King of Hathoria. Aside from this, he is also shown to be a good friend and ally, not dislaying any feeling of distaste when Aquil somehow betrayed Lireo when he revealed Lilasari's location.

Skilled Combatant - As the general of the Lireo's Army, he is intensively trained in the art of combat. He was shown to have hold his own when fighting multiple Hathors at the same time.

Air Gem's Blessing(Temporary) - The Gem of Air gave Muros a temporary power to help him face the Etherian, along side with Ybarro and the other Sang'gre's. This blessing was able to protect him against Andora's mind control. 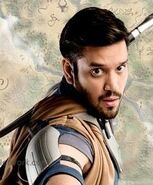 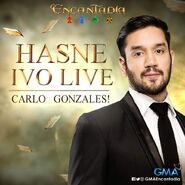 Resistance outfit
Add a photo to this gallery
Retrieved from "https://encantadia.fandom.com/wiki/Muros_(2016)?oldid=41250"
Community content is available under CC-BY-SA unless otherwise noted.